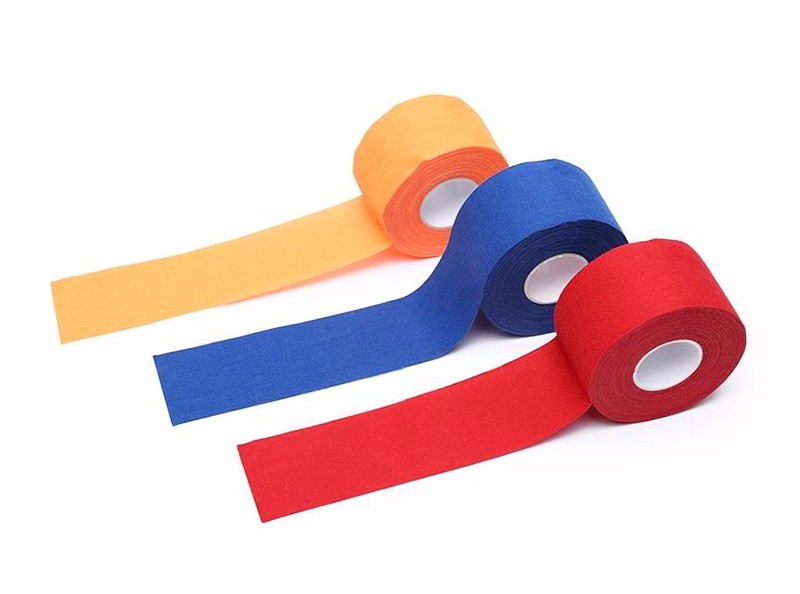 This kind of bandage is used for the smaller or cylindrical parts of limbs, such as hands, feet, wrists, and forehead, and also for the beginning of various bandages. Roll up the bandage, hold it with your right hand, unfold the bandage about 8cm, fix the bandage head end with your left thumb to the part to be bandaged, and wrap the part in a continuous ring with your right hand. The number of rolls depends on your needs, and fix the end of the bandage with a hank.

It is used for the parts with approximately equal circumference, such as upper arm, fingers, etc. From the far end, wrap two rolls circularly, and then wrap them in a spiral shape with an angle of 30 ° to the near end. Each roll overlaps the previous roll by 2 / 3, and the end tape is fixed. When there is no bandage or temporary fixed splint in emergency treatment, bandages do not cover each other every week, which is called snake bandage.

This kind of sports bandage is used for the parts with different circumferences, such as the forearm, calf, thigh, etc. it starts with a two-week circular bandage, and then makes spiral bandage. Then, press the middle part of the upper part of the bandage with one thumb, and fold the bandage downward from this point with the other hand, covering 1 / 3 or 2 / 3 of the previous week. Each fold should be arranged in a straight line, but each fold should not be at the wound and bone protrusion.

It is used to bind and fix clavicle fractures in the shoulder, elbow, wrist, ankle, etc. Take the elbow joint as an example, wrap two rolls of bandages in the middle of the joint, first above the joint, then under the joint through the flexion side, then around the flexion side of the limb through the back of the limb, and then over the joint, so repeatedly, wrap up and down the joint in the shape of "8" continuously, each roll overlaps the previous roll by 2 / 3, and finally wrap two rolls of bandages in the upper part of the joint in a circular way, and fix with adhesive tape.

It is used for the top of the head, the finger and the stump of the limbs. It is a series of left and right or back binding. After covering all the binding parts, make a circular binding for two weeks.