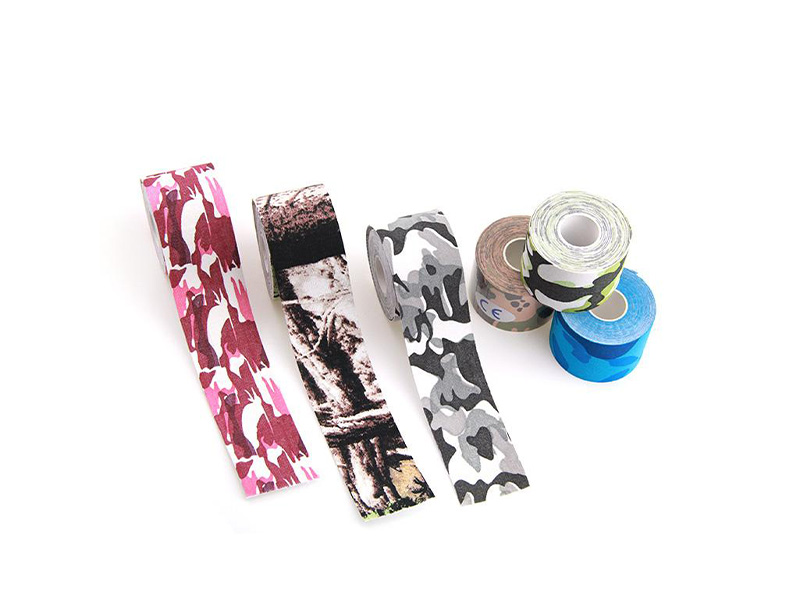 In fact, physio therapy kinesiology tape has not been a new type of thing for a long time. Former England football team captain David beck and Malaysia's top player Li Zongwei, who was defeated by lindane and ranked second in singles in London Olympic Games, have used or are still using intramuscular patches. Intramuscular stickers are often seen in professional fields such as NBA and Premier League.

Physio therapy kinesiology tape originated in Japan and developed in Europe and America. Kenzo Kase, a Japanese physician, founded the name of this obstinate mouth in 1973. Up to now, intramuscular patch and its application have been accepted by sports people all over the world, and are widely used in the prevention and treatment of sports injuries, especially in Europe and the United States.

Simply put, the intramuscular patch itself does not contain drugs, but along the direction of the muscle, the physio therapy kinesiology tape is directly applied to the skin of the injured or the muscles that need to be protected. According to the theory, intramuscular patches are used to enhance the support of muscles and joints, which can promote the natural rehabilitation function of the body, support and stabilize muscles and joints, and will not hinder the normal movement of the body and the exertion of muscle functions.

In the traditional theory, the main source of sports injury is the impact force produced in sports. Jumping, accelerating and stopping will have impact on muscle, bone and soft tissue. However, Wang Renwei said that in recent years, there is a new view that the impact force itself is not the main cause of injury, all things have fixed vibration frequency, and human soft tissue is no exception. If the vibration caused by impact is close to the natural frequency, the soft tissue will produce resonance, which may be the real cause of sports injury.

The actual efficacy of physio therapy kinesiology tape coincides with this theory. According to Wang Renwei, the texture of traditional sports adhesive tape is relatively thick. Although the adhesive force is firm and the joint fixation effect is very good, its air permeability is poor, and it is easy to be allergic, and it also limits the range of joint motion. In contrast, the design principle of intramuscular patch is based on the structure and functional characteristics of human skin and subcutaneous fascia. The patch itself does not contain drug ingredients, and its flexibility is much better than that of traditional sports adhesive tape. "After fully extended, it can reach 150% of the original length, which is similar to the characteristics of human skin. At the same time, the patch itself also has certain dark lines. Compared with the traditional sports adhesive tape with poor elasticity, intramuscular adhesive tape uses its own elasticity to provide a protection closer to dynamic balance, rather than just the traditional support and fixation